The Killer Apps of the Hologram 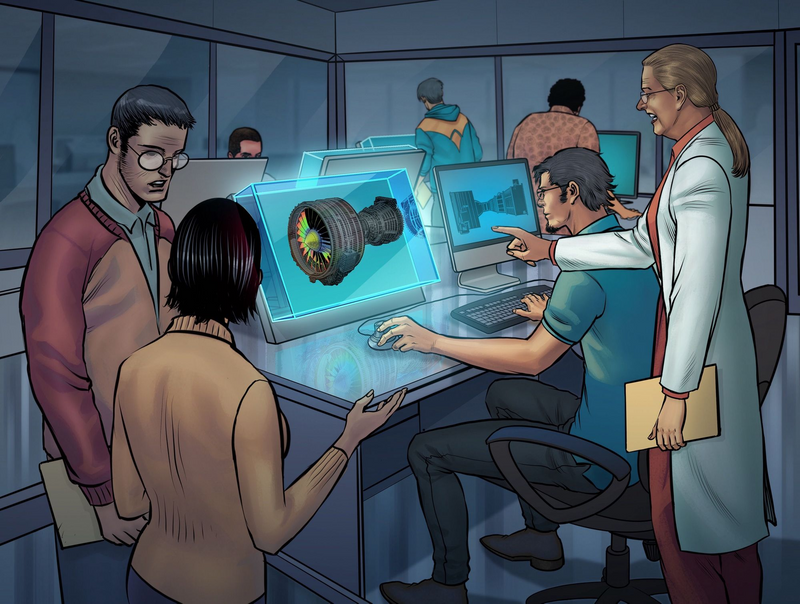 Killer apps are hard to spot at first. But now that holographic displays are hitting the market, the killer apps for this new medium are coming into focus.

Killer apps — those key applications that alone are powerful enough to sell entirely new systems to the world like electricity, the personal computer, and the internet — have three things in common:

Take good ol’ electricity for instance. In 1900, the killer app of electricity itself was better lighting. Gas lighting was already widely available in dense cities, but electric lighting was safer and brighter. And perhaps most importantly, electric lighting could be used in factories outside of the city center beyond where gas lines could go, bringing powerful artificial light to places that couldn’t get it before.

Fast forward to the 1980s. The first killer app of the Apple II personal computer was VisiCalc — a way to keep your books in a small office that was less prone to mistakes compared to the traditional paper ledger. That first spreadsheet also did something magical: non-programmers could suddenly perform complex calculations that only programmers could manage before.

Which brings me to the question posed in this title of the post — now that holographic interfaces are hitting the market, what are the killer apps of the hologram? Spoiler alert: it’s not a holographic spreadsheet.

Nearly all of the machines, all of the buildings — even entire cities — of the modern world have been designed by engineers in 3D CAD software, using 2D computers. Most of these software packages still rely on the perspective techniques used to collapse three dimensions into two that were pioneered hundreds of years ago during the Renaissance. And while still powerful, these techniques have begun to fail as the objects being designed have increased in complexity.

The days of constantly rotating a 2D representation of a model around to understand its contours are numbered. Holographic interfaces address the complexity and ambiguity caused by the content-to-display mismatch, allowing engineers and designers to see their in-progress 3D models and complex assemblies in real three-dimensional space. This saves design time and reduces potentially catastrophic errors. As an added bonus, the holographic representation of those machines is indistinguishable from the final product, giving a designer an extremely high-fidelity look at those machines before they are irreversibly fabricated.

This powerful advantage for professionals extends to novices as well. While only a small minority of the general population can look at a two-dimensional representation of a mechanical part on a 2D computer screen and understand the size and proportions, with holographic displays no specialized training is needed for instant spatial understanding.

Three-dimensional maps can easily contain a billion+ points. Even the simple distance between two points in three-dimensional space on a 2D computer monitor is impossible to comprehend at a glance.

Enter the hologram. Visualizing drone scans of the California wildfires, flying through point-cloud sets from the ocean floor, and being able to understand Lidar scans in an instant are all real applications that leverage holographic displays today.

As the ways in which we capture the physical world have transitioned to three-dimensional techniques over the past few years, the mismatch between these rich datasets and the flat interfaces of the past have increasingly caused problems for the professionals tasked with navigating and understanding them.

Now with holographic displays coming to market there is finally an output device to match the content. How we understand and explore our world and worlds beyond will never be the same. 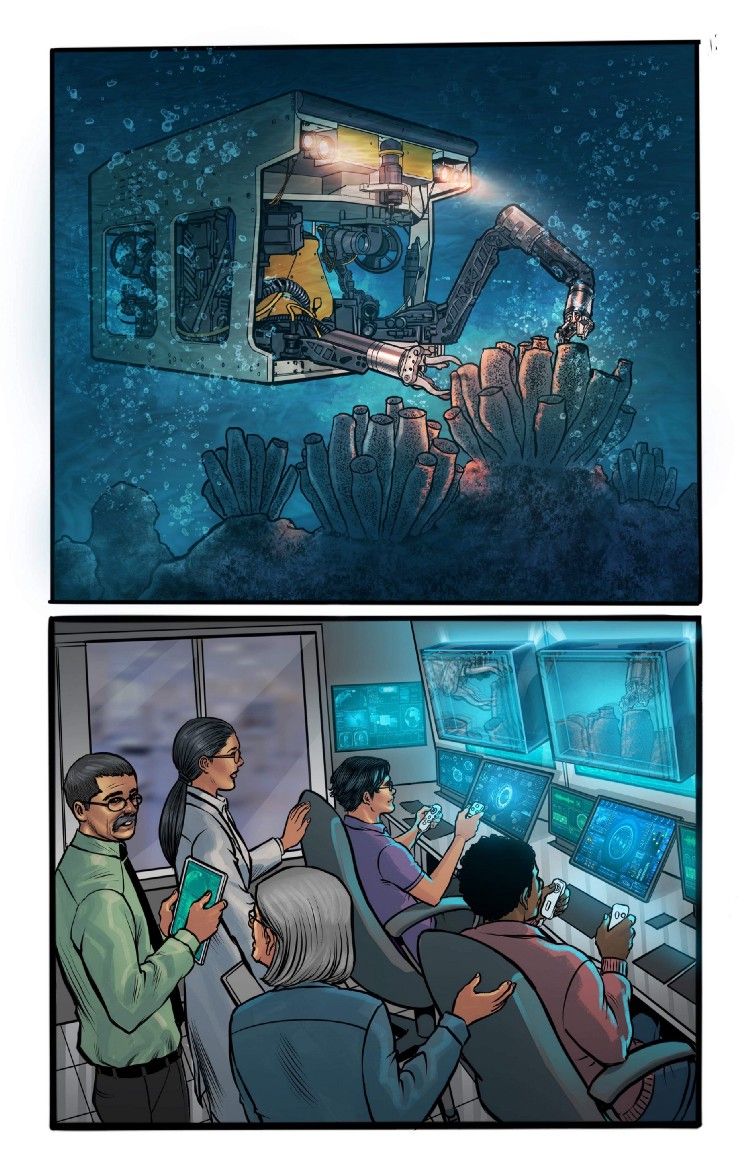 CAT scan. MRI. 4D ultrasound. All of these critical capture technologies in the medical field collect three-dimensional information, but navigating and comprehending such scans is difficult and error-prone for both novices and highly-trained professionals alike.

As a simple example, imagine being a doctor performing a delicate surgery on a patient. You might reference a three-dimensional scan, such as a CT scan or MR angiogram, in a pre-op or in the operating theater to determine critical details, such as the structure of vasculature. If you’d used a 2D monitor to display that scan, the only way to know the answer to such a simple but vital question would be to rely on prior clinical experience. However, in complex anatomy this may not be known.

On one hand, groups like Microsoft with their Hololens 2 have recognized the great need for three-dimensional representations of data in the medical field, but in many cases a doctor may not want to gear up to get access to that critical missing depth information. A holographic display on the other hand provides this three-dimensional context instantly, with a workflow that fits within established practices.

What’s more, the advantages of holographic displays don’t only apply to visualizing and interacting with diagnostic medical scans — those advantages are also being applied to the design of a new generation of computationally-generated cures to new diseases. More on this exciting area in the next post!

Out of the four first killer applications described in this post, the capturing and replaying of holographic memories is probably the furthest from becoming widespread, primarily because it has a dual dependency on both display and capture technologies. But it’s the closest to my hologram heart, so I’m shoving it in here as a stretch contender. The realization of this dream is actually why I co-founded the company Looking Glass Factory in the first place. I even dedicated a post to it a couple months ago, and I’ll go into some more detail (covering not only the emergence of holographic memory playback, but also holographic telecommunication) in a future post.

For now though, I will leave you with a few holographic memories from the movies and from real technologies hitting the market now. You can see the gap hasn’t only vanished between fiction and reality, but the real holographic memories of today are a step beyond anything imagined before.

In the coming months and years, keep a lookout as more and more businesses embrace holograms in a number of ways, starting with those applications outlined above.

Until next time — to the future!

p.s. the killer apps described here are just the tip of the iceberg —  there is a wild world of apps that go far beyond this list. Check out some of these wonders in our 100 Days of Holograms series.

Shawn Frayne is Co-Founder and CEO of Looking Glass Factory. A version of this post originally appeared on the company’s blog, adapted here with permission.