Welcome back to Spatial Beats. It’s our last XR round up of 2020, a year like no other. We’ll all be glad to have it in our rearview mirror but make no mistake, it’s been a big year for XR and tech in general, and the news suggests 2021 will be even bigger. And Apple hasn’t yet played its hand. Rec Room closed a $20 million Series C funding. Funds will be used to expand to more gaming platforms. The company hopes to stimulate its creator community with bigger payments, just as streaming platforms do.

Roblox acquires Loom.ai and delays IPO until 2021. The company acquired Loom.ai to adapt their avatars for more realistic 3D ones. Loomie announced in an email to its users last night its current products will be discontinued in 2021 so the team can focus on Roblox. 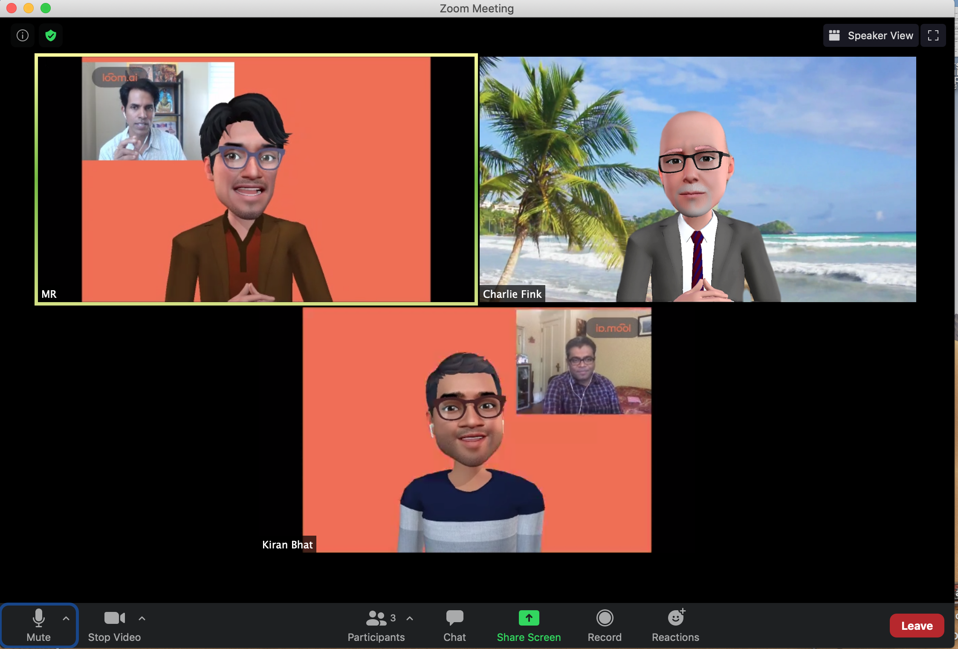 Zynga veterans found ForeVR. $1.5m seed funding. The goal of the company is to translate the most popular and classic real-world games into immersive VR experiences for all ages. The first game to be released on the Oculus Store will be called ForeVR Bowl in 2021.

NXRT raises $1.5 million to turn actual vehicles into simulators. The mixed reality company plans to boost its international profile out of Austria and try to make simulation and virtual reality more accessible to the public.

NuEyes Technology announces New Pro 3 AR smart glasses. NuEyes hopes that the new Pro 3 will address the needs for training, learning, enterprise, and government uses. The product will be available for order beginning on December 18, 2020, and will ship starting in late January 2021. Topgolf Pro Putt Hits Oculus Store Milestone. Pro Putt just passed one million dollars in sales, selling over 50,000 units in the Oculus Quest app store. The company reports more than 30% of its buyers are frequent players, coming back with friends and participating in tournaments that take advantage of the game’s multiplayer features. Spatial Goes Mobile. The collaboration platform added smartphones to the list of devices that can share in a simulation with PCs, the HoloLens, Magic Leap, and VR headset, creating the first truly cross platform XR solution.

Oculus is shipping the Elite Strap again. The new two year extended warranty promises to replace defective straps free of charge. The Elite Strap makes the device more comfortable as noted in my review of the Oculus 2.

USA Today ramped up their AR pieces in 2020. These eight interactive experiences had over a million views and an average engagement time of 125 seconds. Some of these experiences covered the COVID-19 pandemic, but they also focused on local news with AR timelines.

Electronic musician Jean-Michel Jarre will be performing a free VR show New Year’s Eve. Live from Notre-Dame de Paris on New Year’s Eve at 5:25pm EST/2:25pm PST. The performance can be watched in VRChat or VRr00m and live-streamed from Facebook, YouTube, or Twitter.

Digital Artist Beeple sold $582,000 of NFT art in just five minutes. Three open editions were sold at $969 apiece and people could purchase as many NFTs as they wanted. Sometimes these pieces of art are auctioned for, some selling for as much as $66,000 or more. Beeple sends the owners of the art digital frames in the real-world that display the NFT on loop.

Eyecandylab launches a Google exclusive AR experience with Red Bull. Canadian-born climber and paraglider pilot Will Gadd climbs the ice caps of Mount Kilimanjaro to show the impact of climate change on the environment. Watch the documentary now via the Red Bull TV app and receive relevant AR content by downloading the mobile app (on iOS and Android).