I quit my job for AR. In late 2016, the gravitational pull of computing’s next big shift compelled me to leave a well-paying analyst gig at a reputable research firm and start my own AR-focused shop.

Not long after that, doubt started to seep into AR & VR sectors. I and several industry folks (who had risked even more than me) started to feel the looming presence of an awkward question: what if we’re wrong? What if no one shows up for the revolution?

Think of the pre-bust 2000s. Despite its bad rap, e-commerce revenue forecasting at the time wasn’t overblown. In fact, it ended up being too low. But the problem was that it was off by about five years. That’s sort of where we are now with AR & VR.

Besides historical lessons, a more powerful force for AR confidence is money. There are massive long-term bets on the table from tech’s “big five:” Apple, Google, Facebook, Amazon, and Microsoft.

But an important question is “why?” What are their motivations? The answer is different for each, but one theme persists: they’re motivated to protect, grow and seal the future of their core businesses. And they’re finding ways that AR accomplishes that goal.

Knowing tech giants’ course headings and motivations can start to paint a picture of AR’s future, or as Hockey great Wayne Gretzky said, “I skate to where the puck is going to be.” There have been several VR waves, each of which crested and crashed before gaining enough momentum for a long ride. The current wave — whose proponents echo the rallying cry that “it’s different this time” — kicked off in 2014 when Facebook acquired VR hardware maker Oculus for $2 billion [Ed note: after lawsuits and other unforeseen write-downs, the number is closer to 4BN].

The first domino had fallen. The acquisition’s size and suitor sent symbolic signals through the tech world that VR’s day may finally be near. You know the rest: the excitement snowballed, sparks flew, and the inevitable sequence of Silicon Valley’s herd mentality and hype cycle doomed VR to a “trough of disillusionment” from which it has arguably not recovered.

Despite its abysmal financial performance to date, Facebook continues to invest in Oculus VR, and is now spending billions to develop AR Glasses. It hasn’t hurt its stock one bit.

Facebook’s ad revenue correlates to the amount of time we spend in its walled garden. And it wants sharable immersive content to keep us there longer. AR also directly produces revenue through ad formats that let consumers anchor and visualize products in their space or on their face.

Using Facebook’s AR-enabled Camera Effects platform, Michael Kors built a campaign that lets users jump from a News Feed ad to a front-facing camera activation to virtually try on sunglasses. Nike spotlighted a shoe release by letting users place it virtually in their space then walk around, and buy, the shoe.

Moreover, it lets Facebook cut its teeth on spatial computing before its long-term bets start to materialize.

One could argue Facebook has been motivated by the fear of missing out (FOMO). Common wisdom in tech is that to survive you must disrupt yourself before someone else does. Indeed that is the very provenance of Facebook as it took out proto-Facebooks like Myspace and Friendster.

Facebook is not going to be MySpace, no matter how much it costs them. This approach has been more than justified by the success of its Instagram acquisition. At 1BN, it turns out to have been a bargain.

Facebook continues to double down. Oculus Go VR was dispatched as a $199 loss leader to seed an installed base, which is part of Facebook’s long-game platform strategy. Oculus lowered the price for the PC-tethered Rift as it announced the standalone Quest, whose $400 pricing drove HTC’s Vive Focus out of the consumer market before it even launched.

Despite unfortunate management struggles with privacy, the company commands an impressive position in the burgeoning market. 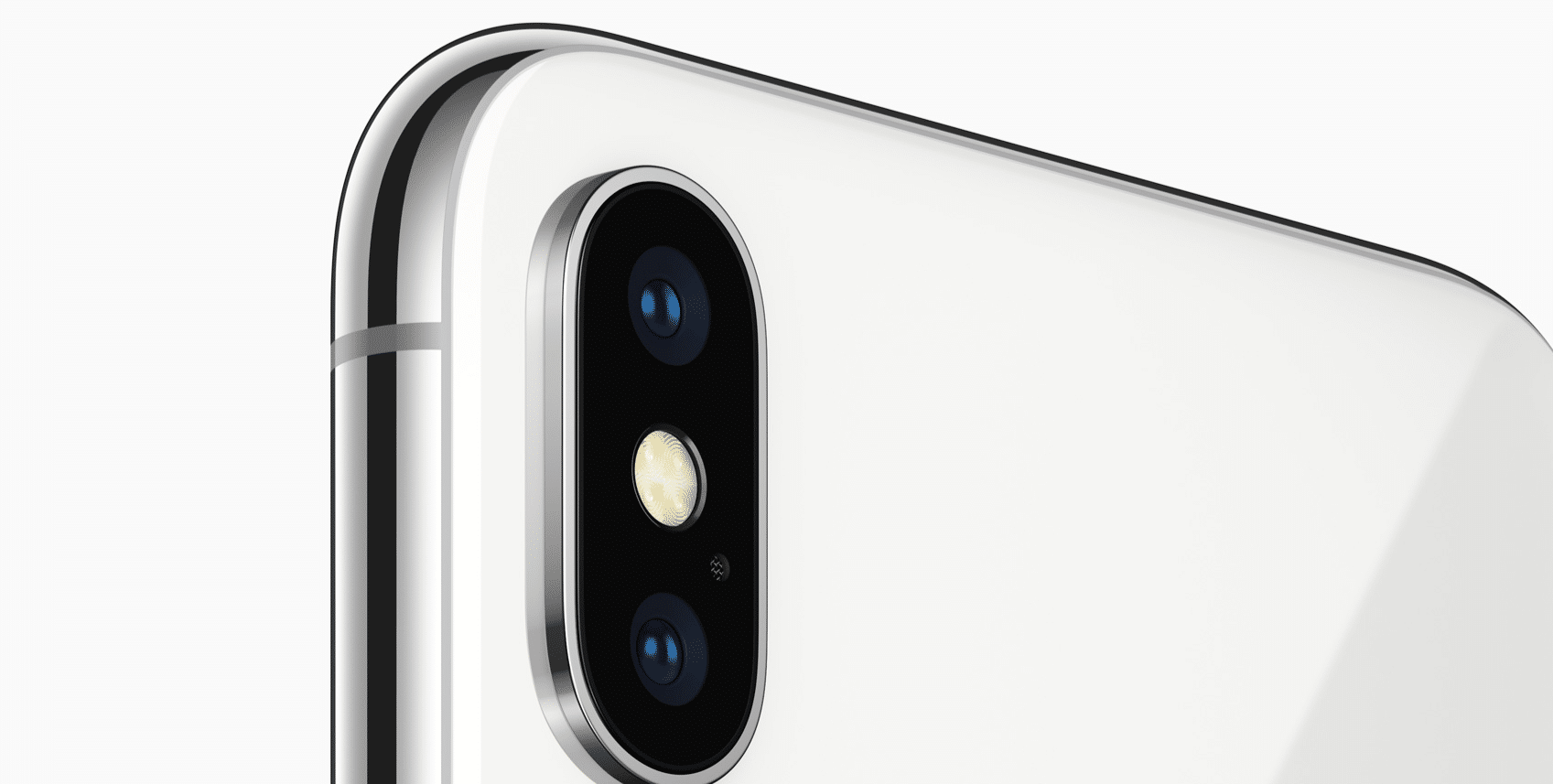 If Facebook acquiring Oculus was the birth of the XR era, Apple’s ARkit launch was its first baby steps. Though disappointing in capability and traction, ARkit brought semi-advanced AR to hundreds of millions of smartphones while democratizing its creation for developers everywhere.

Apple’s motivation is similar to other tech giants: to protect, grow and pave a future path for its core business. While Apple’s App store and iTunes have driven Apple stock into the stratosphere the core profit machine remains hardware sales. [Ed: at any given moment Apple is the most valuable—and richest—company in the world].

And, like Facebook, Apple has short and long-term plays. In the short term, maturing iPhone sales compel it to find ways to make the device sexy again, boost unit sales and justify premium pricing. AR joins the features whose job is to stave off boredom with the aging iPhone.

AR apps can also boost app store revenues. Pokémon Go has made $2 billion in in-app purchases, of which Apple keeps 30 percent if it’s on an iOS device. Merrill Lynch aggressively projects $8 billion in cumulative AR app revenues for Apple over the next three years.

Apple of My Eye

The real play on Apple’s longer-term horizon is smart glasses. As rumors, patent filings, and a string of acquisitions indicate, a face-worn AR device is coming from the tech leader. Mac Rumors points to a 2020 launch, which would be aggressive considering the engineering feats necessary to make AR glasses consumer-friendly. Given the cycles of Moore’s Law needed for meaningful leaps in size, cost, and power efficiencies, we at ARtillery believe it will be 2021-2022. [Ed note: Apple is not going to launch until 5G/AI Convergence.]

If it’s any earlier than that, it’s likely that Apple AR glasses start with more of a waveguide-based “notification layer” and interactions with various apps, as opposed to truly world-immersive graphics. Apps will work in tandem with your iPhone to display messaging, news, Maps, etc., which is the approach Focals by North has taken.

Think of it as the iPhone 1 of AR glasses—seeded with Apple’s own apps but eventually populated by third-party ARkit apps. Then, years of feature updates and hardware evolution will follow—again like the iPhone. Not necessarily first to market but, in true Apple fashion, huge enough to crush everything in its path.

Regardless of the specific feature set, Apple hopes to establish a successor to the aging iPhone. Glasses could also drive iPhone reliance, as it’ll be in your pocket to handle the glasses’ compute and connectivity needs.

But Apple also knows that it has to crack the code on the adoption barriers that plagued face-worn hardware like Google Glass and Snap Spectacles. That’s where mobile AR comes in. Besides stylistic challenges, ARkit has a few years to warm the world up to AR. Beyond consumers, Apple wants developers to master AR. By incentivizing them with a marketplace to sell apps, Apple has set up ARkit as a sort of training camp for the smart glasses era. It knows that an app library will make or break the device’s must-have status.

As for the types of apps that drive smart glasses’ value, they’ll be determined by third-party developers, but again will be seeded by Apple’s own batch of apps, just like the iPhone 1 was. (think: maps, photos, weather, messaging, etc.).

For example, Apple is generating 3D spatial maps of the world for Apple Maps. A valuable byproduct of that mission could be an AR Cloud that supports ARkit apps on smartphones and, eventually, glasses.

In addition to graphically-oriented AR, ARtillery believes Apple is developing the nearer-term viability of another AR format: sound. This involves information overlays that are sound waves instead of photons.

It’s about getting informed about surroundings through an ambient-whisper instead of graphics. One advantage is discreteness, which sidesteps smart glasses’ style crimes, and could mean nearer-term viability. Heck, Apple has already conditioned user behavior with the highly-popular AirPods.

But the hardware only goes so far. Apple, again, knows that it has to seed the content marketplace with enough substance to make it worthwhile. Logical apps include local info (audio tours, Yelp reviews), or background info on people you meet (LinkedIn). We call it “AR Audio” and it could eventually converge with its graphical cousin for a holistic sensory experience that’s housed in an Apple uber-wearable.

Stay tuned for the next installment in which we’ll examine other tech giants making moves in AR, such as Google and Amazon. See more about the AR-enabled book here.