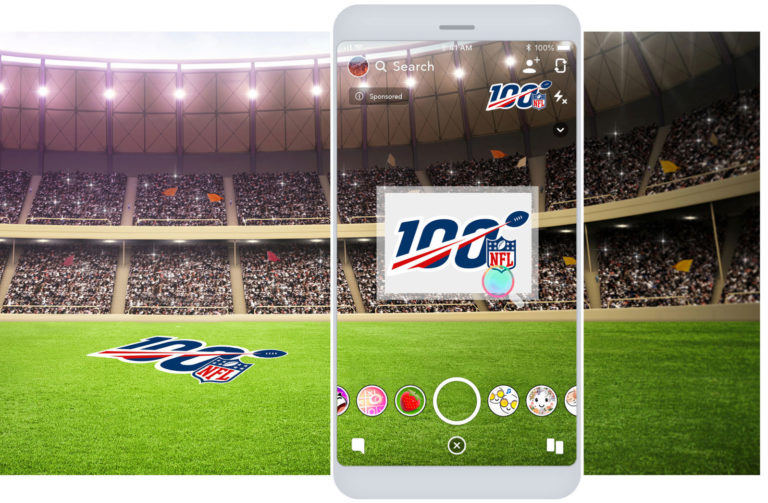 Snapchat’s AR engagement levels continue to ratchet up. Seemingly buried in Snap’s Q4 earnings and unnoticed by the AR press corps (including us), it’s up to 163.5 million daily active AR users. That’s up from 142 million in Q3, indicating momentum for the consumer AR leader.

To be fair, it didn’t explicate the above figure but it can be derived from its reported 218 daily active users, and the separate nugget that 75 percent of DAUs activate AR/lenses daily. It also reported that 5x more users than last year open the Lens Explorer and 10 percent of users do so daily. Altogether the new info we learned in its Q4 earnings include:

Overall figures (beyond AR/lenses)
— 1.3 trillion Snaps were created in 2019.
— The average Snapchat user engages for 30 minutes per day.
— Snapchat reaches 90% of US 13 to 24 year-olds and over 75% of 13 to 34 year-olds.
— Total daily time spent by Snapchatters watching Discover increased by 35% year-over-year, and its up 60% for users over the age of 25.
— Over 50 Snapchat shows reached a monthly audience of 10 million viewers or more.

AR/lens-specific figures
— 75% of users engage with augmented reality per day.
— 20% of Snaps sent with an AR lens were made with commununity-developed lenses.
— 5X more users open the Lens Explorer now versus a year ago, and 10% of users open it every day. One of the interesting nuggets above is that 20 percent of lenses shared are community-created. These are the lenses created by individual/independent Lens Studio developers. Snap continues to get over the chicken and egg hump by seeding lens creation with developer incentives.

But this also means the remaining 80 percent is from Snap itself or from brands. This is another hidden tidbit that could signal Snap’s continued success in not just cultivating AR engagement, but also monetizing it. After doing the former, it’s now blitzing the latter as we examined last week.

From Evan Speigel at the Talks at GS summit:

“Because our business is so new and young, if we look at the revenue growth at least in the near term, the next few years are more closely correlated with advertiser growth — spend growth and active advertisers,” Spiegel said Goldman Sachs’ Talks at GS (video below). “And that’s because we have so much engagement. We have so much supply. So that’s something that we’re really focused on as a business. This year we reorganized our sales force so now that’s verticalized and can go really deep with advertisers. But we’ve also improved the platform such as ‘Instant Create’ to help the long-tail of advertisers to advertise on Snap. […] I think the business, the way it’s been structured over the last 7-8 years, has been focused on the supply side and that’s obviously what’s difficult to build in our industry. So we’ve been really focused on growing users and growing engagement, and now we’re going to continue to do that but also learn how to grow the demand side of the business.”

All of this flows from Snap’s overall evolution and maturation into a brand advertising powerhouse. This wasn’t always the case, but it’s been refining its ad sales chops and learning the ad-buying cycle with Madison Avenue. This evolution is directly tied to its 2019 Wall Street rebound.

So given ample ad inventory (supply) in Speigel’s words above, it’s now going to blitz the demand side through professionalizing and verticalizing its sales force. All of this means that Snap could continue to hold the revenue crown in AR advertising, despite Facebook’s larger global reach.

This underdog lead is largely due to Snapchat’s focus on AR and the technology’s alignment with its central “camera company” ethos. AR has more native alignment and prioritization at Snapchat than it does at Facebook. Though to be fair, Facebook is investing heavily in larger XR ambitions.

For AR lenses, the wild card is Instagram in terms of a strong product-market fit for AR, and the fusion of product visualization with transactions. In other words, while Instagram cultivates AR, it’s separately been building shopping and transactional use cases. The two are on a crash course.

Meanwhile, Snapchat holds the lead in consumer AR usage and revenues, meaning its tactics are ripe for examination to draw out lessons. Just like Pokémon Go, Snapchat is doing the AR industry a favor by large-scale experimentation to uncover user demand signals and formats that work.